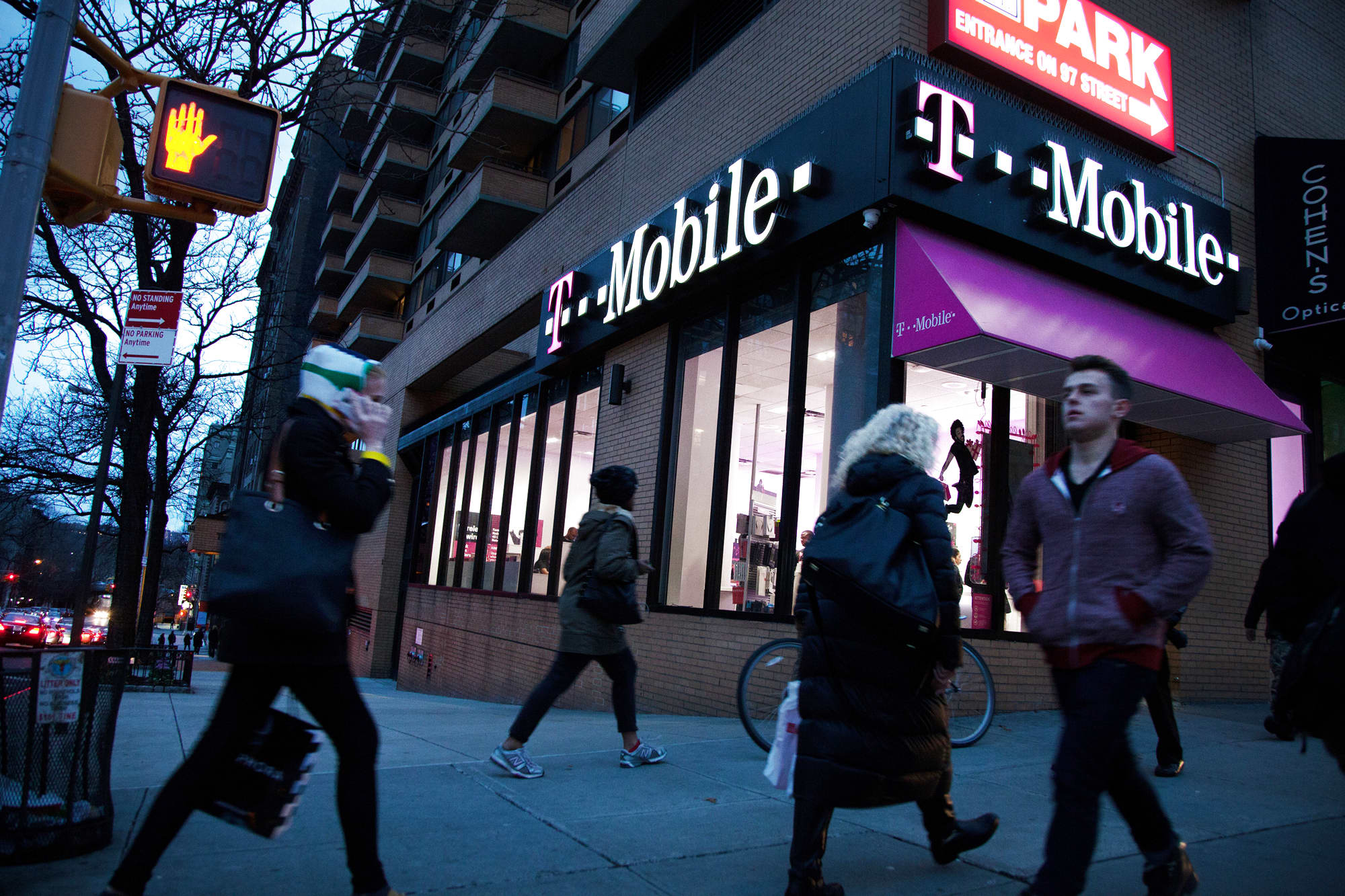 Pedestrians walk by a T-Mobile store in New York.

According to some Wall Street experts, there’s still plenty of fuel left in the tank, even after the stock market closed out the year at record highs. Strategists from Goldman Sachs predict that the S&P 500 will round out 2021 at 4,300 points, which would reflect upside of 14%. This is, however, contingent on increased corporate profits and continued low interest rates, with risks to this forecast including Senate runoffs in Georgia, an increase in interest rates and inflation as well as a less successful vaccine rollout than expected.

That said, others aren’t quite as optimistic, with BofA Securities’ Savita Subramanian putting her 2021 S&P 500 target at 3,800 points, or a 1.2% gain, noting that the index already has some of this year’s growth built in.

With this in mind, finding compelling plays can be challenging. One strategy, though, is to follow the activity of the pros with proven stock picking abilities. TipRanks analyst forecasting service works to pinpoint the best-performing analysts on Wall Street. These are the analysts with the highest success rate and average return per rating.

At-home fitness company Peloton just announced that it is set to acquire fitness machine and equipment company Precor for $420 million in cash, with the deal expected to close in early 2021. For BofA Securities’ Justin Post, the move only reaffirms his bullish thesis, with the analyst maintaining a Buy rating. Along with the call, he kept the price target at $150.

According to Post, the acquisition is expected to add 625,000 square feet of U.S. manufacturing capacity to Peloton, adding on to its existing capacity in Taiwan. “This capacity is likely underutilized today due to the pandemic, and is expected to come online for Peloton products by next Holiday,” he commented.

Further explaining his take on the deal, Post stated, “In our view, Precor may have been looking for a buyer given financial pressure on gym and other customers in 2020, creating an opportunity for Peloton. We see Precor’s equipment as relatively high quality, and a good fit for Peloton to both build US manufacturing capacity for Holiday 2021, and to help establish a presence in new commercial markets.”

It should be noted that Post doesn’t believe the purchase will be a solution for near-term supply constraints, but it could help limit future shipping risks.

The bottom line? PTON has improved its position in the market in 2020 and is on the path to reach 25 million subscribers, in Post’s opinion.

TipRanks shows that Post is ranked #31, backed by a 76% success rate and 33% average return per rating.

For Raymond James analyst Aaron Kessler, purchase intent-driven marketing company TechTarget remains a top pick after it announced its acquisition of BrightTALK, a marketing platform for webinars and virtual events in the enterprise IT market. In a bullish signal, the five-star analyst increased the price target from $48 to $68 and reiterated a Buy rating.

In 2020, BrightTalk is expected to generate revenue of $50 million, with over half of this coming from long-term contracts. Additionally, its 2020 adjusted EBITDA could come in at over $10 million, according to estimates.

Online events are likely here to stay, in Kessler’s opinion, and while the company used to have an events segment, it didn’t launch a virtual events platform. “The addition of video/ webinar content to TechTarget websites should also help attract more users and better positions TTGT’s ~140 websites going forward,” the analyst explained.

All of this puts TechTarget on track to generate higher Q4 revenues/EBITDA, with Kessler now calling for $43.4 million, up from $42.6 million. His projections for 2021 got a boost as well.

With a 74% success rate and 25.7% average return per rating, Kessler earns the #41 spot on TipRanks’ list of best-performing analysts.

Amid the ongoing public health crisis, state budgets are getting worse, and as a result, new states are considering passing legislation to allow OSB and iGaming.

“We continue to find DKNG‘s equity attractive as a pure play and top two player in the emerging online sports betting (OSB) and iGaming markets. Near-term, we are focused on the entry into new states like MI and VA,” McTernan mentioned.

Most important, however, for the company will be “the outlook for new legislation,” in McTernan’s opinion.

“As states evaluate the impact of COVID-19 on their budgets we continue to believe it will push states to consider OSB and iGaming legislation. This scenario appears to potentially be playing out in NY as a $15 billion state deficit and question marks on if and how much federal aid the state will get has seemingly driven opponents of the bill, like Governor Cuomo to potentially be a support,” McTernan said.

According to TipRanks, McTernan is tracking an 78% success rate and 36.9% average return per rating.

Fellow Raymond James analyst Brian Peterson just gave RingCentral a thumbs up, with the analyst bumping up the price target from $355 to the Street-high of $450. In addition, he reiterated a Buy rating on the software name.

Shares have jumped more than 50% since November 2, and Peterson notes that he’s “encouraged to see shares brush off the recent narrative on competitive concerns.” That being said, he agues that the Street still doesn’t “fully grasp the magnitude of the medium and long-term growth opportunity.”

What’s more, as RNG‘s base nears 3 million users, Peterson thinks that the monetization of the 210 million users via preferred migration partners should ramp up in 2021 and 2022, with the pipeline build also improving going into 2021.

All of this prompted Peterson to comment, “While RingCentral has taken meaningful steps to expand its product portfolio in recent years, we think the reach of these channel partnerships represents a more substantial moat than investors will appreciate. As this plays out in numbers over the next few years, we suspect that RNG will get re-rated to an elite growth SaaS valuation.”

These efforts include its Glip product offering, which provides a standalone conference and collaboration application in addition to the messaging, video, phone (MVP) functionality.

Although the pandemic led to some churn in the SMB segment, management indicated that overall subscription revenue is expected to be relatively consistent. “With those headwinds likely abating in 2021, we see the revenue growth trajectory improving, where there’s also a significant opportunity to expand the existing MME base that’s only 15-20% penetrated within its employee base,” Peterson stated.

Landing among the top 20 best-performing analysts, Peterson boasts a 78% success rate and 36.6% average return per rating.

In a recent note outlining the firm’s top picks for 2021, Oppenheimer analyst Timothy Horan tells clients he’s bullish on T-Mobile’s growth prospects in the year ahead, with the analyst upgrading the rating from Hold to Buy. In addition, he set a $160 price target.

Horan had previously downgraded the stock in August 2019 given the “risk of rising churn from network and customer migrations.” That said, the analyst is now singing a different tune as the company’s performance has exceeded his expectations, with a very minimal response from its competitors as they try to maximize free cash flow.

On top of this, Horan originally thought the Sprint merger would be challenging in terms of integration and cause churn to increase. However, he notes that the “execution has been seamless.” The company has already realized $1.2 billion in synergies in 2020, with the analyst estimating this figure will double next year.

It should be noted that T-Mobile owns 50% of the sub 6GHz spectrum, but it only controls 30% of the wireless market. This should even out with the C-Band auction, in Horan’s opinion, but this “will take several years and this spectrum is inferior to its 2.5GHz.”

“TMUS is building the only true 5G network on 80MHz of this spectrum, giving it a two-year-or-so market advantage from a 10x improvement in speed. We think TMUS trades at an attractive valuation compared to peers,” Horan added.

Taking the #108 position on TipRanks’ ranking, Horan sports a 72% success rate and 19.9% average return per rating.