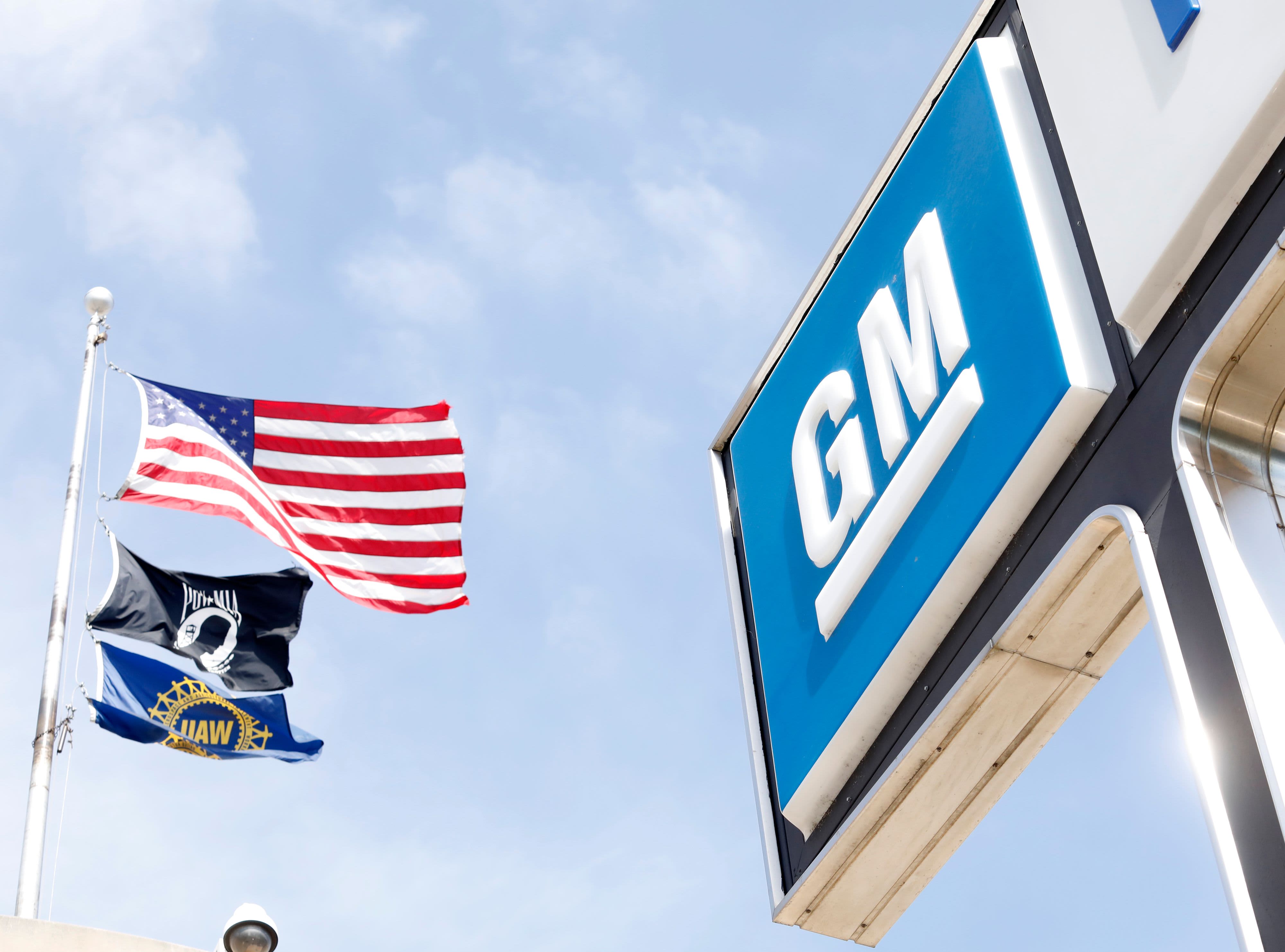 General Motors said Monday that it is suspending its quarterly dividend and stock buybacks to preserve cash during the coronavirus pandemic.

Check out the companies making headlines in midday trading.

Tesla – Shares of the electric vehicle company advanced more than 6%, clawing back the majority of Monday’s nearly 8% drop. Prior to the previous session’s loss, shares of Tesla rose for 11 straight sessions, the stock’s longest daily winning streak on record.

General Motors – Shares umped nearly 5% to a record high after the auto giant said it plans to launch an all-electric van called the EV600 this year. The van is a part of GM’s plan to invest $27 billion in electric and autonomous vehicles by 2025 and it will be the first vehicle under a new commercial business unit in GM.

Twitter – The social network fell more than 1%, extending a sell-off after it permanently suspended President Donald Trump’s account. Twitter said Monday evening that it also suspended more than 70,000 accounts that had been sharing QAnon content following the Capitol attack. The stock has fallen more than 7% this week.

SolarEdge – Shares of the inverter manufacturer advanced 1% after Truist initiated coverage on the stock with a buy rating. “We hold a favorable view of the company’s long-term growth prospects on growth in global solar deployments and positioning in commercial and international markets,” the firm wrote in a note to clients.

Wells Fargo — The bank stock climbed 3.3% after UBS upgraded it to buy from neutral and made it a top pick. The firm said in a note that Wells Fargo had earnings upside from even small improvements in its business.

Charles Schwab — Shares of the online broker popped 2% after Bank of America upgraded Schwab to buy from neutral. The Wall Street firm joins a chorus of analysts getting bullish on Schwab due to the uptick in interest rates, which drive revenues for the company.

Redfin — The digital real estate brokerage rose more than 2% despite a downgrade to neutral from buy at BTIG. The firm said in a note to clients that it was still upbeat on Redfin’s fundamentals but was uneasy with the stock’s valuation.

Aflac — Shares rose more than 3% after an analyst at Morgan Stanley upgraded the insurance company to overweight from equal weight. “Aflac stands out to us as the leading undervalued cash flow return story in the industry,” the analyst said.

CyberArk — An analyst at D.A. Davidson upgraded CyberArk to buy from neutral, calling it a beneficiary of increased spending from businesses on cyber security. Shares rose nearly 6% on the upgrade.