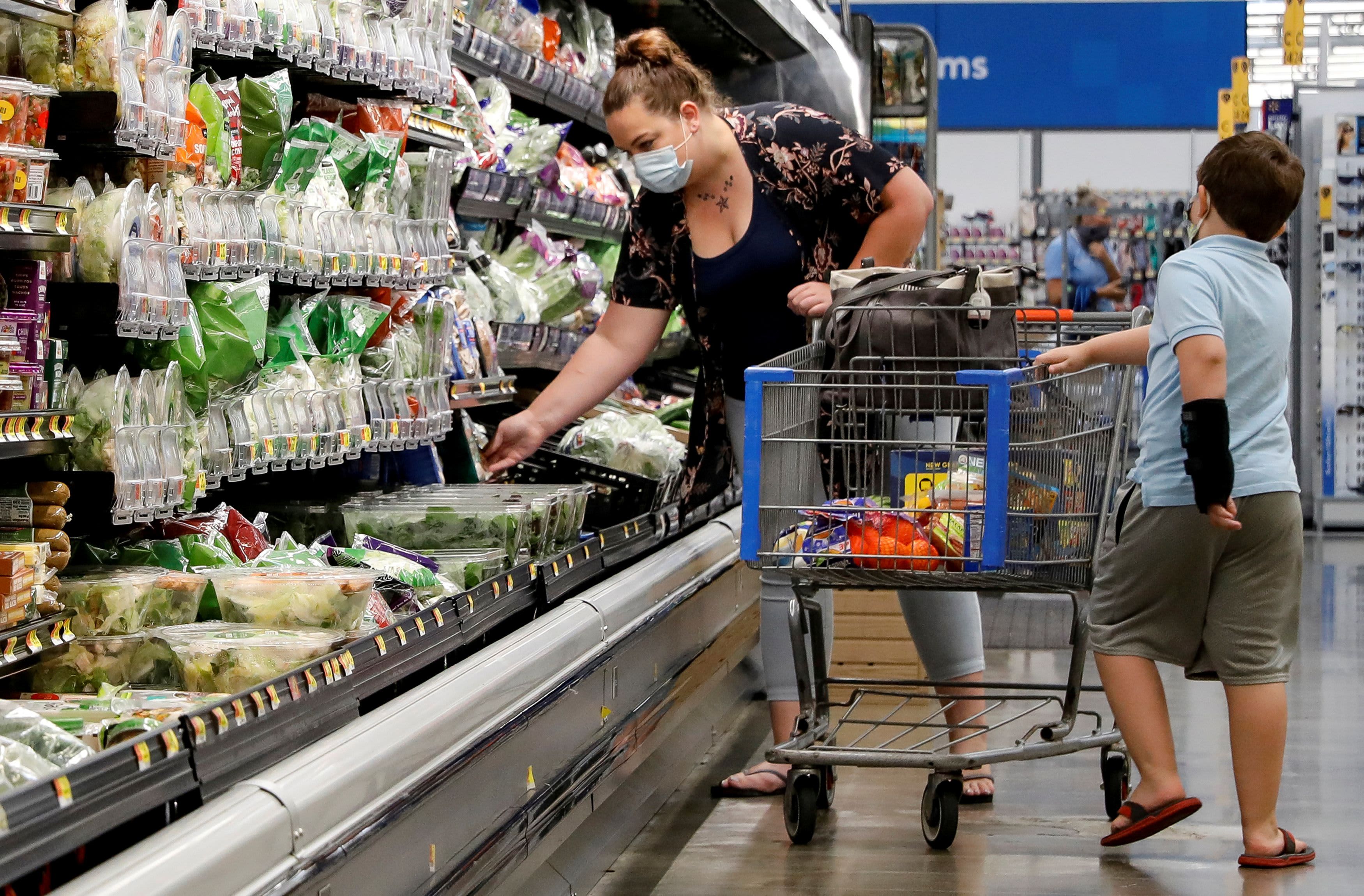 Shoppers are seen wearing masks while shopping at a Walmart store in Bradford, Pennsylvania, July 20, 2020.

Walmart Chief Customer Officer Janey Whiteside said Tuesday that many of its shoppers don’t expect the economy to quickly bounce back from the pandemic.

Almost half of customers surveyed in November told Walmart that they were worried about the current health of the economy, she said when speaking at the virtual National Retail Federation conference. She said 40% said they didn’t expect “any kind of speedy recovery.”

“Our core Walmart customer is absolutely not immune to the economic slowdown, in fact may even be disproportionately impacted,” she said, noting that the pandemic has bifurcated society as it’s hit some industries like hospitality and not others.

Walmart’s sales and earnings have risen during the pandemic, as customers have turned to its more than 4,700 U.S. stores and its website for groceries, hair color, puzzles and more. Its same-store sales rose by 6.4% and its U.S. e-commerce sales soared by 79% year-over-year in the fiscal third quarter ended Oct. 31. The company has not yet reported its fourth-quarter earnings, which include the holiday shopping season.

Yet Whiteside said the company realizes customers feel financially strapped as they try to put food on the table and juggle other expenses, such as school supplies for their children. She said “galvanizing around that group of customers who needs us more than ever really is the fuel that keeps Walmart going.”

“We know they’re continuing to look for ways to save money on basic items, so whether that is looking to switch from national brand to private brand, look for small pack sizes, cherry-picking deals when they’re available,” she said. “We also know that they are continuing to make sure they don’t have to sacrifice on experiences for their families, so they’re looking at where they can balance the wallet.”

On Monday, Walmart announced it’s creating a fintech start-up with venture capital firm Ribbit Capital. It did not share what services it may launch, but said they’ll be affordable. Walmart already offers some financial products such as prepaid debit cards for customers with a poor credit history or no relationship with a bank.

Walmart’s plan to open health clinics is also geared toward affordability. The clinics offer lower prices that are listed upfront and can be paid out of pocket, such as $30 for an annual checkup or $45 for a counseling session.

“In these times, when everybody’s got so much going on in their heads, we also know that saving time and kind of lifting that cognitive load for people is also at a premium,” she said.