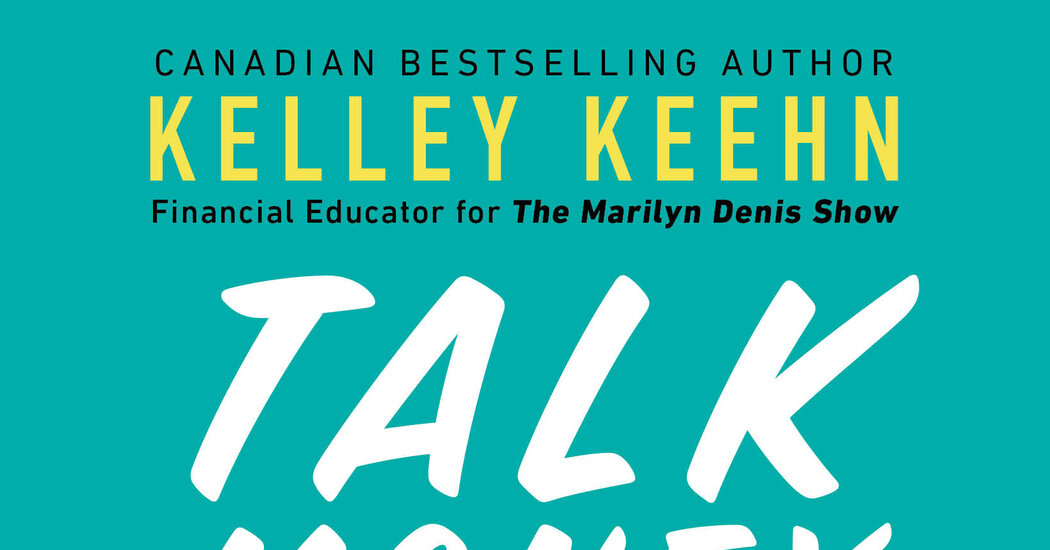 Two books are intended to help people who are worried about their finances in the midst of this painful pandemic. One suggests ways of improving your situation right now. The other focuses on ensuring that when and if you retire, your accounts will be in solid shape.

They are both worthwhile, though for complex problems, you will need to look elsewhere.

How to cope, here and now

Kelley Keehn has significantly updated her 2019 book “Talk Money to Me” (Simon & Schuster, $14.95). It now has the subtitle: “How to save, spend and feel good about your money during Covid and other times of financial distress.”

Ms. Keehn, a former financial adviser, is sympathetic and supportive.

“Remember that self-worth and net worth are very distinct things,” she writes. “You’re still a whole and valuable person, regardless of your money situation.”

She says you should not be embarrassed if you need to ask your creditors for financial relief. And she emphasizes talking to people in human resources, if you are still employed, to make sure you’re getting every benefit you are entitled to.

Most of the book is devoted to the basics of personal finance such as explaining what a credit report is, how mutual funds work and why you should talk openly with your partner about money.

But some of the advice is questionable. For example, she writes that your portfolio should be diversified, but provides neither ballpark percentages of what your holdings should be nor how to find the right assets. Similarly, Ms. Keehn says you should have cash in your portfolio, but the discussion stops there.

There is one other issue worth noting for people in the United States. Ms. Keehn is a Canadian writing mainly for a Canadian audience.

It contains intriguing concepts but they aren’t all universally applicable. For example, even pre-Covid, many Canadian banks offered a skip-payment mortgage option. Borrowers who experience a temporary hardship can forgo one mortgage payment a year. You still owe the interest and principal. It is just rolled into what becomes an extended version of the loan. That’s a fine idea. Perhaps it should be standard in the United States.

How much will you have left?

“It’s not what you make, it’s what you keep,” is another adage that is worth taking seriously.

In personal finance, that idea is usually discussed in two ways. The first concerns fees. The less it costs to manage your investments, the more money you will have. Over time, small differences in expenses can cost you big.

The “time bomb” in his title refers to the taxes and potential penalties you may have to pay if you withdraw your retirement savings injudiciously, or in some cases — such as failing to take the required minimum distribution from your I.R.A. — don’t withdraw them at all. Not taking your R.M.D. means you’ll be hit with a penalty of 50 percent of what you were supposed to withdraw. (As Mr. Slott points out, the government waived the R.M.D. requirement for 2020 because of the pandemic.)

This is Mr. Slott’s fourth book on the topic. The last two were revisions of his “The Retirement Savings Time Bomb,” which came out in 2003. This version inserts the word “new” in the title, the publisher says, to indicate that substantial portions of the previous editions have changed to deal in depth with the federal Setting Every Community Up for Retirement Enhancement Act, better known as the SECURE Act of 2019, which made significant changes in the way retirement accounts need to be handled.

Mr. Slott is a big believer in converting traditional individual retirement accounts to Roth I.R.A.s. Roths are funded with after-tax dollars, meaning contributions are not tax-deductible. But once you start withdrawing funds, the money you put in the account, plus what it has earned, is tax-free.

But you will have to pay tax on the gains in your traditional retirement account when you convert it, since that money was growing tax-deferred, but he argues that it is worth it.

Well, maybe. First, that tax bill could be substantial. When you change from a traditional I.R.A. to a Roth, the amount you convert is added to your gross income for the year and you pay ordinary taxes on the conversion.

Second, you don’t really want to pay those additional taxes from your traditional I.R.A. Not only would that reduce the amount of money you will have for retirement, but if you are not yet age 59½, you will also be hit with a 10 percent early distribution penalty, unless certain limited conditions are met.

Mr. Slott does point all this out. But I wish he had been more forceful in explaining the downside of Roth conversions.

He does, however, offer some thoughtful tips.

For example, once you turn 72, you’re required to take your first minimum distribution from a traditional I.R.A. no later than April 1 of the following year. So, if you will turn 72 this coming July 15, you would have until April 1, 2022. (If you are scoring at home, your R.M.D. is determined by dividing your I.R.A.’s balance as of Dec. 31 of the previous year, 2021 in our example, by your life expectancy, as determined by the I.R.S.)

The natural inclination might be to defer taking the minimum distribution until next year. The problem, as Mr. Slott points out, is your second R.M.D. would be due no later than Dec. 31, 2022, so you would pay tax on two distributions next year.

“The better route is to take your first required distribution by the end of the year you turn 72,” he writes. “This will spread your first two R.M.D.s over two separate tax years and likely result in a lower tax bite each year.”

An accountant with a sense of humor

Even though the subject is dry and the book is forced to deal with seemingly impenetrable I.R.S. language, Mr. Slott works hard to make it all accessible.

Here’s how he describes “non-qualified retirement plans,” plans available only to select employees: “They’re a vehicle for attracting and taking care of the ‘really important people’ in a company, the brilliant big-shot executives who often run it into the ground.”

And he explains the difference between a “tax audit” and a “tax examination” this way: “There is no difference. They both stink.”

The book contains plenty of alerts about potential pitfalls, but the capabilities of a written volume are limited.

When it comes to actually making those retirement distributions, you are likely to benefit from hands-on professional help.

That is especially true if you are struggling with deeper financial issues brought on by the pandemic.