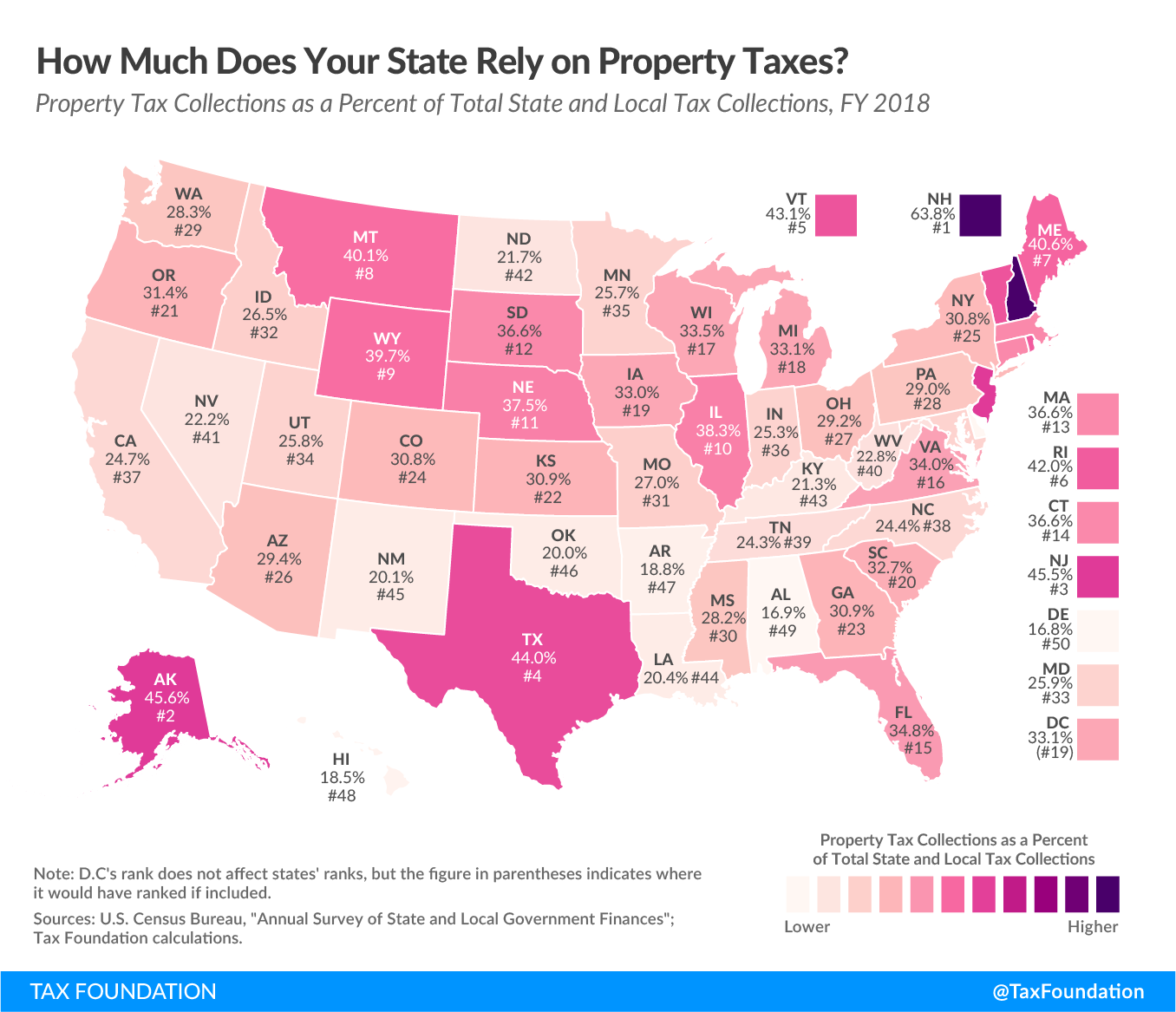 Property taxes represent a major source of revenue for states and the largest source of tax revenue for localities. In fiscal year 2018, the most recent data available, property taxes were such a significant source of local revenue that they accounted for 71.7 percent of local tax collections nationwide and 31.1 percent of total U.S. state and local tax collections, a greater proportion than any other source of tax revenue. In that same year, 26 states and the District of Columbia collected the greatest share of their combined state and local tax revenue from property taxes, with property taxes the largest share of local revenue in all but two states (Arkansas and Louisiana, both of which have high local sales taxes).

A variety of local political subdivisions—counties, cities, school boards, fire departments, utility commissions, to name a few—have the authority to set property tax rates. While most tax jurisdictions levy property taxes based on the fair market value of a property, some base it on income potential (in the case of commercial properties) or other factors. In addition, some states place limits on how much property tax rates may increase per year or impose rate adjustments to achieve uniformity throughout the state.

New Hampshire and Alaska relied most heavily on property taxes, which respectively accounted for 63.8 percent and 45.6 percent of their tax collections in FY 2018. Neither have individual income taxes, and in New Hampshire, significant government authority often vested in state government is devolved to the local level, where services are overwhelmingly funded by property taxes. Alaska, interestingly, is the only state in which not all local jurisdictions impose property taxes, but substantial revenue is generated from taxes on the property of oil and gas producers. Delaware and Alabama landed at the other end of the spectrum, raising the smallest portion of their state and local tax revenue through property taxes: 16.8 percent and 16.9 percent, respectively.

It is important to note that a heavy reliance on property taxes does not necessarily indicate a high overall tax burden in any given state. Some states, like New Jersey, have high property tax burdens in concert with high taxes elsewhere, but frequently, a greater reliance on property taxes is a substitute for lower—or no—taxes in other areas.  States and localities that generate less revenue through property taxes tend to depend more on general sales taxes, individual income taxes, corporate income taxes, excise taxes, and others, and state governments may assume a greater responsibility for funding local governments or local schools.

Property taxes are often unpopular with taxpayers but tend to be favored by public finance scholars—sometimes for the same reasons. Property taxes are more transparent than most: people often have a greater sense of what they pay in property taxes each year than they do for income taxes (much of which are typically withheld), let alone for sales taxes (paid in bits and pieces over the year). This transparency is good, but also makes the burden compare unfavorably to the burdens of other, less transparent, taxes in the minds of many taxpayers. Property taxes are also imposed on the value of owned property, which strikes some as unfair (paying taxes on something they already own), but which helps taxes on real property accord reasonably well with what is known as the benefit principle, where taxes are imposed in proportion to the benefit the taxpayer receives. The value of one’s property corresponds, if imperfectly, with the market value of the benefits governments provide, like roads, police and fire protection, and schools. In fact, some of these expenditures are self-reinforcing: a better school district can improve the value of a property.

When property values are increasing, property taxes can sometimes rise faster than the cost (or value) of the services they pay for, which is one argument for levy limitations or other restrictions on the rate of growth of property taxes. Efforts to cap the burden on specific properties, however, can often backfire, not only creating inequities in the tax system but discouraging people from moving or from improving their property even when it is in their interest to do so.