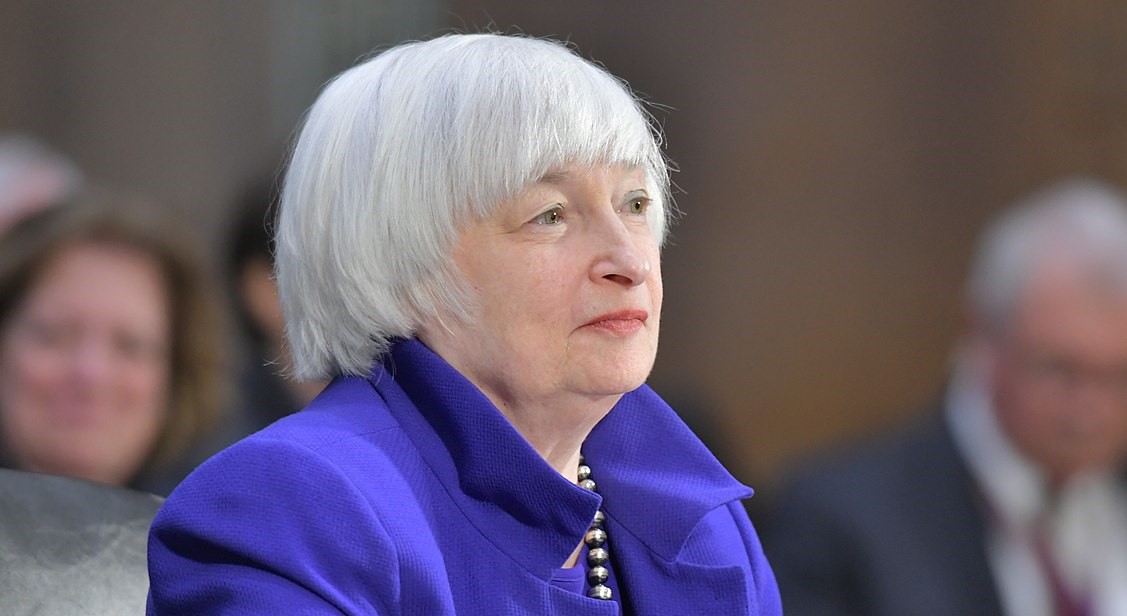 In her recent confirmation hearing, economist Janet Yellen, President Biden’s choice for Treasury Secretary, sought to reassure markets that the new administration would not raise corporate taxes until the economy improves. At the same time, however, she sent a troubling signal that when they do push for higher corporate tax rates, they would do so in coordination with other countries so that the U.S. doesn’t lose its competitive edge.

During questioning from Senators, CNBC quotes Yellen as saying, “We look forward to actively working with other countries through the [Organization for Economic Cooperation and Development] negotiations on taxes on multinational corporations to try to stop what has been a destructive, global race to the bottom on corporate taxation.” In the context of this coordinated effort, she added, “We would assure the competitiveness of American corporations even with a somewhat higher corporate tax.”

There are several faulty premises in Yellen’s statements. Let’s explore a few of them.

First, the “race to the bottom” in global corporate tax rates is a myth. The race might be to the middle 20s, but it is not to zero. According to the Tax Foundation’s latest Corporate Tax Rates Around the World 2020, “[t]he weighted average statutory corporate income tax rate has declined from 46.52 percent in 1980 to 25.85 percent in 2020” and has leveled off in recent years.

Moreover, while the Tax Cuts and Jobs Act dropped the U.S. federal rate to 21 percent from a near global high of 35 percent, the combined federal-state U.S. rate is nearly 26 percent. This still ranks the U.S. above the weighted global average and the nominal global average of about 24 percent. So, while many critics believe that the TCJA cut the corporate rate too far, the reduction was barely enough to make our overall rate competitive with the global average.

Third, there is no good time to raise corporate taxes. In a landmark study, OECD economists determined that the corporate income tax is the most harmful tax for economic growth because capital is the most mobile factor in the global economy and thus the most sensitive to high tax rates. Raising corporate tax rates across the developed world would not be costless. It would suppress capital formation in every country that participated, with detrimental effects on jobs, wages, and living standards.

Here at home, the Tax Foundation’s General Equilibrium Model estimated that raising the U.S. corporate tax rate to 28 percent, as President Biden has proposed, would reduce the long-term size of our economy by 1 percent, reduce wages by 0.8 percent, and eliminate 187,000 jobs.

Fourth, the people whose jobs and wages would most be impacted will likely be younger workers, women, and low-skilled workers. Economic research shows that a large percentage of the economic burden of corporate taxes falls on workers through lower wages and reduced productivity. While estimates of labor’s share vary, one recent study found that workers bore 51 percent of the economic costs of increased corporate taxes through lower wages and that the impact was most severe for low-skilled workers, women, and young workers. Some of the very workers who have been most impacted by the COVID-19 pandemic would be hit hardest by a corporate income tax increase.

Fifth, it seems strange to hear someone who will soon be U.S. Treasury Secretary talk about limiting global tax competition in order to protect U.S. tax competitiveness. While the situations are not strictly comparable, imagine a corporate CEO openly suggesting they work with their competitors to halt price competition. Competition is good, in business and in tax policy. The ultimate winners are consumers and taxpayers.

Tax “collaboration” also plays into the hands of countries such as France, Germany, and Italy, which levy exceptionally high corporate tax rates and whose leaders have been working for many years to stem tax competition through programs such as the OECD’s Base Erosion and Profit Shifting project. In addition, France and other European countries have levied new digital services taxes targeted directly at U.S. companies.

When the TCJA made the U.S. more competitive overnight by cutting our globally high corporate rate to 21 percent and instituting bonus expensing for capital investments, it exposed the high corporate tax rates of these countries as uncompetitive outliers. In response, France and others have taken steps to cut their rates to remain competitive to the U.S.

Yellen’s comments are a tacit admission that our new 21 percent corporate rate made the U.S. more competitive globally and that a unilateral attempt to raise the rate without the cooperation of other countries would once again make the U.S. an outlier. Indeed, Biden’s campaign pledge to boost the federal corporate tax rate to 28 percent would give the U.S. a combined rate of over 32 percent, factoring in the average state rate, ranking us again among the top corporate tax rates in the industrialized world.