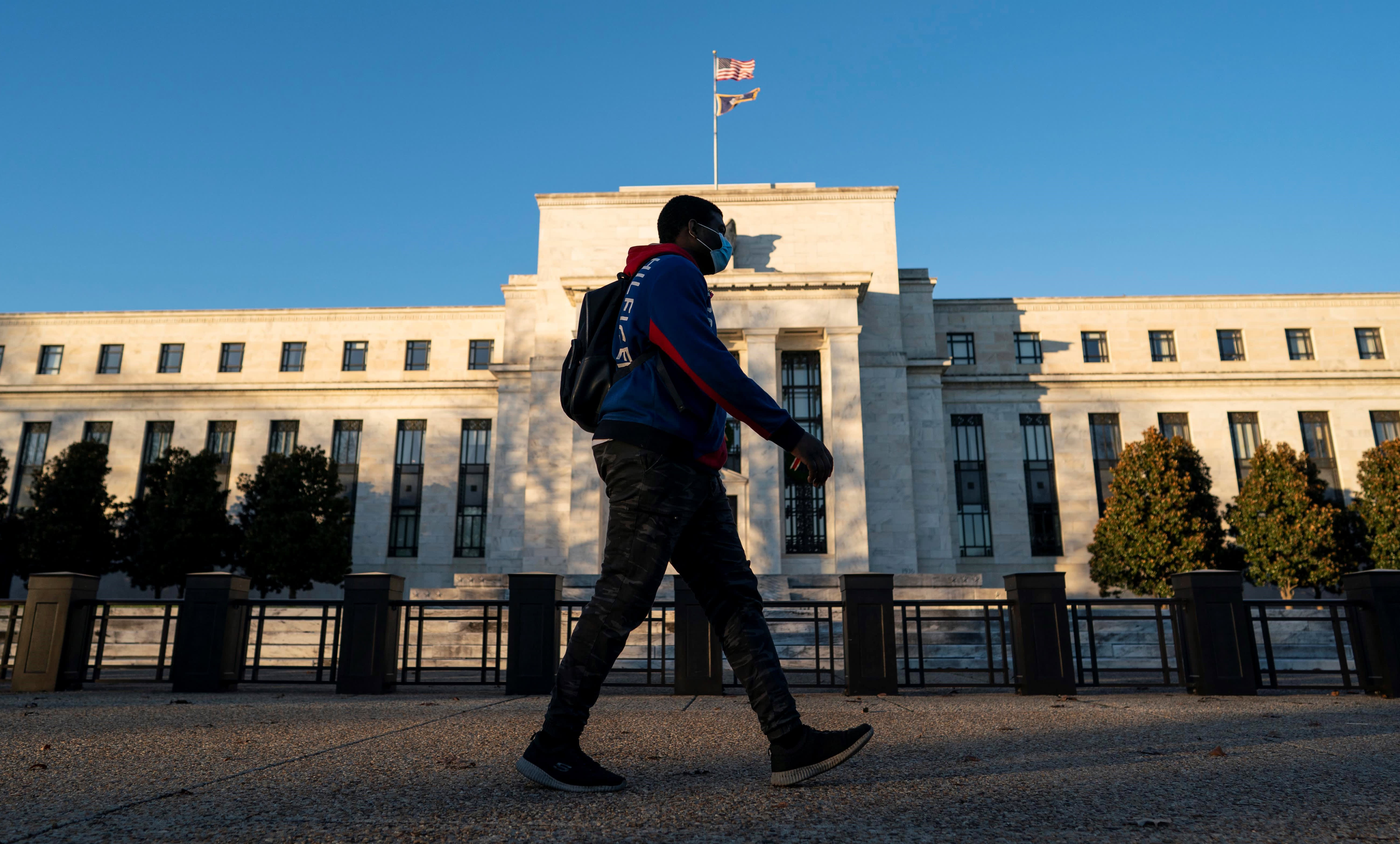 The Federal Reserve said Wednesday it would keep its benchmark interest rate near zero until the economic recovery gains ground.

As the federal government rolls out a mass vaccination plan and weighs additional stimulus in the midst of the coronavirus crisis, the central bank is keeping its commitment to help everyday Americans through the pandemic.

That means rock-bottom rates will stick around, for now.

“Even if everyone gets the vaccine, it will take a while for the economy to get rolling again,” said Yiming Ma, an assistant finance professor at Columbia University Business School.

“That will happen, but the time horizon is not likely to be this year,” she added. “Take this time to look for opportunities.”

With millions of people out of work and a growing number of Americans feeling severely cash-strapped, the Fed’s policies can help, even without another Covid relief package.

Although the federal funds rate, which is what banks charge one another for short-term borrowing, is not the rate that consumers pay, the Fed’s moves still affect the borrowing and saving rates they see every day.

For example, the economy, the Fed and inflation all have some influence over long-term fixed mortgage rates, which generally are pegged to yields on U.S. Treasury notes.

Currently, the average 30-year fixed rate home mortgage is near a record low at 3%, down from 3.77% a year ago, according to Bankrate.

Homeowners can shave a few hundred dollars off their monthly payment by refinancing at a lower rate, if they haven’t already.

“That is the most impactful on the household budget,” said Greg McBride, chief financial analyst at Bankrate. “The drop from last year to this year is so substantial that the refinancing savings is pretty compelling.”

The same goes for other types of debt, particularly credit cards.

Most credit cards have a variable rate, which means there’s a direct connection to the Fed’s benchmark rate.

Since the central bank started cutting rates a year ago, credit card rates have fallen to 16.03%, down from a high of 17.85%, according to Bankrate.

“Zero-percent balance transfer credit cards are available, especially if you have good credit,” he said. “We’ve also seen a decrease recently in APRs with personal loans, which can be a great tool for refinancing and consolidating debts.”

The average interest rate on personal loans is now down to 11.84%, according to Bankrate.

Other borrowing costs are even lower. A home equity line of credit is as low as 4.73% and anyone shopping for a car will find the average five-year new car loan rate down to 4.20%.

“The key to fully benefiting from the Fed’s actions is to compare rates from different lenders across all financial products in order to find your best deal,” said Tendayi Kapfidze, chief economist at LendingTree.

“Doing so could save you thousands in interest costs — and better help you ride the waves of this economic storm.”

The key to fully benefiting from the Fed’s actions is to compare rates from different lenders across all financial products in order to find your best deal.

Even college students can pay less on their student loan debt.

Based on an earlier auction of 10-year Treasury notes, the interest rates on federal student loans taken out during the 2020-21 academic year are at an all-time low.

For those struggling with outstanding balances, the new administration offered some relief by pausing payments on federal student loans through at least September 2021.

If possible, McBride advises borrowers to keep up payments anyway to knock down that balance while there’s a reprieve in interest charges. “Make hay while the sun shines,” he said.

Private loans may have a variable rate tied to Libor, prime or T-bill rates, which means that when the Fed holds rates down, those borrowers can benefit as well, depending on the benchmark and the terms of the loan.

That also makes it a good time to refinance private student loans or ask your lender what options are available.

As the economy recovers, paying down high-cost debt and building up emergency savings are the biggest moves consumers can make, McBride said.

Currently, fewer than 4 in 10 people have enough savings to pay for an unexpected $1,000 expense in cash, according to a recent survey from Bankrate.

“There’s a lot of work to be done and between stimulus checks and tax refunds, this is a good time of year to do it,” McBride said. “That can go a long way toward establishing your savings cushion.”

Just don’t expect to earn anything from a standard savings account.

Although the Fed has no direct influence on deposit rates, those tend to be correlated to changes in the target federal funds rate.

As a result, the average savings account rate is down to a mere 0.05%, or even less, at some of the largest retail banks, according to the Federal Deposit Insurance Corp.

The potential for another round of stimulus checks could drive these rates even lower, according to Ken Tumin, founder of DepositAccounts.com.

“The 2020 stimulus checks contributed to record levels of deposits at banks,” he said. “If new stimulus checks add to deposit levels at banks, the demand for deposits will further fall which will put more downward pressure on deposit rates.”

When the inflation rate is higher than savings account rates, the money in savings loses purchasing power over time.