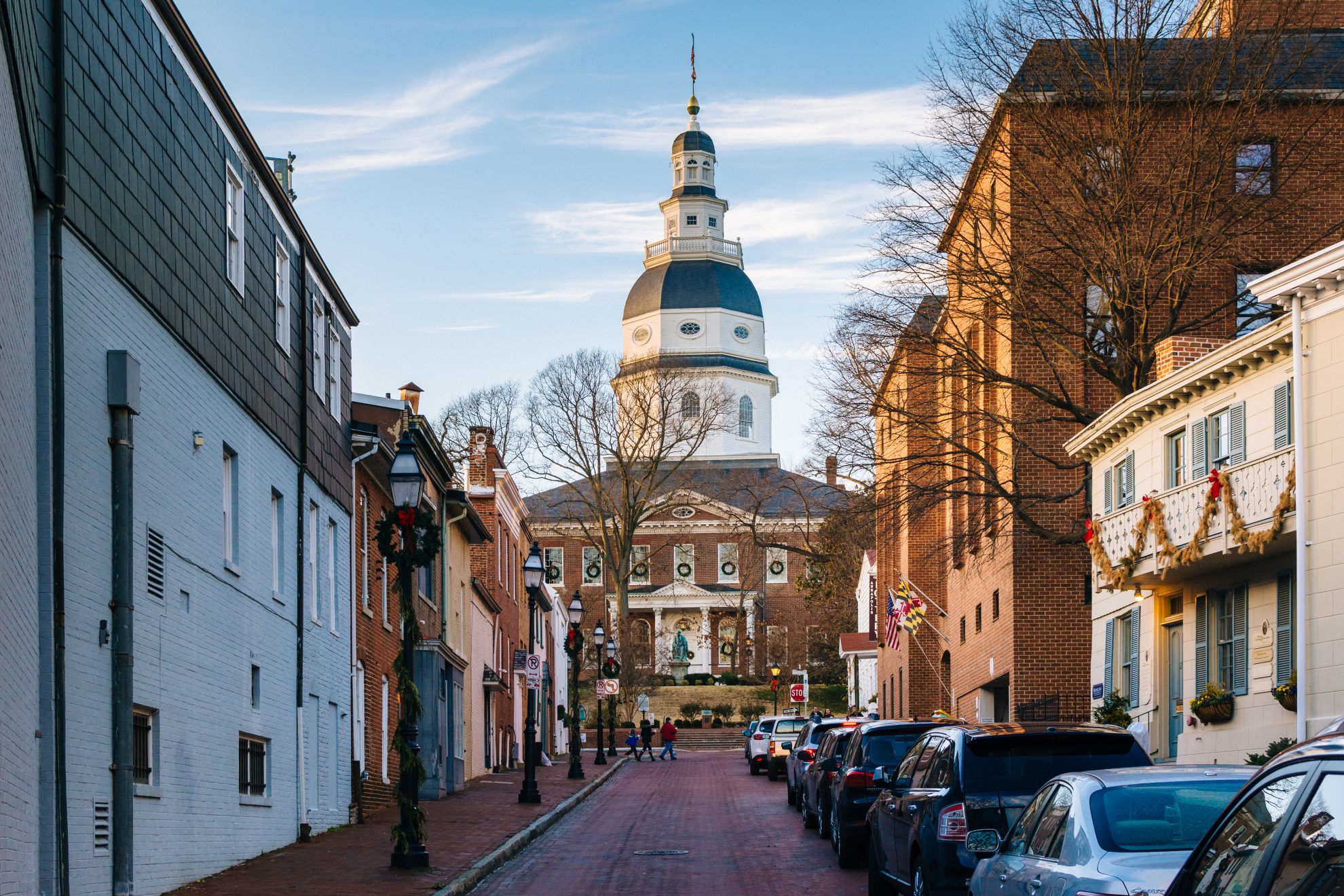 The potential override of Gov. Larry Hogan’s (R) veto of a digital advertising tax (HB732) looms large over the current legislative session in Maryland, though it is only one of many tax proposals under consideration in the state. House Bill 732 passed with a veto-proof majority in 2020, and, if lawmakers override the governor’s veto, it will implement a digital advertising tax and increased tobacco taxes.

The digital advertising tax would be first-in-the-nation and impose rates of up to 10 percent on digital advertising served to Marylanders. Although the bill ostensibly targets large technology companies and advertising platforms, much of the burden would fall on Maryland businesses and consumers, and the timing could not be worse. The applicable tax rate is based on the gross revenues of the advertising company, not their in-state activity. This is just one of several ways the law likely runs afoul of U.S. constitutional requirements. The bill also appears to run headlong into the federal Permanent Internet Tax Freedom Act, which prohibits imposing taxes that single out e-commerce. A tax on all advertising, including digital advertising, would not violate that federal law, but singling out digital advertising without imposing a tax on similar offline activity almost certainly does.

HB732 would also increase the excise tax on tobacco by $2 per pack to a total of $4 per pack of 20 cigarettes. According to its fiscal note, HB732 would generate an additional $60.7 million in tobacco tax revenue in the first fiscal year. Increasing taxes on sinful products such as tobacco is perhaps a politically expedient way to raise revenue, but it is not sustainable tax policy as tobacco excise taxes are an unstable source of tax revenue due to their narrow and declining consumer base. In addition to increasing the rate for cigarettes, HB732 includes a wholesale tax on vapor products at a rate of 86 percent. Such a high tax would have several negative effects on both public health and black-market activity.

Furthermore, Maryland lawmakers are considering banning flavored tobacco products. Based on the experience from a similar ban in Massachusetts, such a ban could come at a significant cost without achieving its public health target. The Maryland Department of Legislative Services estimates that banning flavored tobacco in Maryland will lower revenue by over $69 million in the first full fiscal year after implementation.

The tax increases in HB732 are just a few out of many that lawmakers must evaluate this session. Companion bills, SB7578 and HB495, would modify several provisions allowed under the Coronavirus Aid, Relief, and Economic Security Act (CARES) Act. Among these: net operating loss (NOL) deductions, excess business losses, and interest deductions. Maryland generally conforms to the Internal Revenue Code (IRC), so changes made under the CARES Act were automatically implemented in the state. Modifying the provisions would increase revenue by $97 million.

Individuals and businesses benefit from CARES Act conformity. This is especially true for those who have experienced severe financial hardship due to the coronavirus pandemic. Specifically, under the CARES Act’s expanded net operating loss (NOL) provisions, business owners who have suffered financial losses will have the opportunity to amend past tax returns and receive immediate refunds of some of their past taxes paid, rather than having to wait to deduct those losses in future years.

Modifying these provisions would be complex and burdensome for businesses that already took advantage of carryback options under the CARES Act, a concern raised by the nonpartisan Maryland Office of Policy Analysis, which noted that the Comptroller’s office is already processing returns relying on provisions this legislation would retroactively rescind. If, moreover, Maryland taxpayers lose these carryback losses, there is uncertainty about whether they can still claim them as carryforward losses in the future (ordinary treatment) or if they lose the ability to claim these loss deductions altogether. The additional cost and uncertainty that these bills would place on Maryland businesses risk putting them at a significant competitive disadvantage compared to businesses in states that conform to the CARES Act.

Another bill, Senate Bill 123, would introduce combined reporting. This rule would require a combined tax return for a corporation and all of its subsidiaries in and out of state. This can address concerns about transfer pricing, but it also shifts tax liability among related firms in ways that have no connection to ability to pay. Just because two companies are affiliated does not mean that each is in similar shape financially; increasing the tax burden on one company, which may be struggling, simply because a related company is doing well can be economically detrimental. Generally, combined reporting makes corporate income tax collections more volatile and can, in some instances, result in a decline in collections, since there is no guarantee that out-of-state affiliated companies are more profitable than, or have more state-attributable taxable activity than, their in-state affiliates.

Finally, Maryland lawmakers also have proposals to legalize and tax recreational marijuana and sports betting. Marijuana would be taxed at 10 percent of retail price initially, growing to 17 percent in 2025, and 20 percent in 2027. In addition, localities may tax sales up to 3 percent. Maryland would not levy the general sales tax on retail sales (most states do). Levying the general sales tax should be encouraged as a well-designed sales tax is levied on all final consumer purchases while exempting business inputs.

The majority of states that currently allow and tax sales of recreational marijuana have opted for a price-based (ad valorem) excise tax. Taxing based on price means there is a taxable event with a transaction, allowing for simple valuation. While that might be the simpler way to go, it does not necessarily offer an equitable solution.

While ad valorem excise taxes may look like general sales taxes, there are important differences. Excise taxes target specific transactions due to some unique characteristic (often negative externalities), and general sales taxes fall on most consumer transactions. An excise tax should correspond to the harm it is addressing or the cost it is internalizing, neither of which has much connection to the price at which the good is sold. Taxation should be neutral and aimed at the negative externality connected to marijuana consumption, which is best expressed by the level of THC (Tetrahydrocannabinol, the main psychoactive compound in marijuana) or weight. There are legitimate reasons for levying excise taxes on marijuana, but policymakers should proceed with caution.

Similar considerations come into play in setting tax rates for sports betting. High rates could keep bettors in well-established untaxed markets as licensed operators compete with black and gray markets. In Maryland, sports betting would be taxed at 15 percent for in-person wagers and 17.5 percent for online wagers. These rates are higher than those in nearby New Jersey but in line with Virginia’s 15 percent rate.

Legalization of both sports betting and recreational marijuana will eventually generate meaningful revenue for Maryland. However, excise taxes should only be levied when appropriate to capture some externality or to create a “user pays” system—not as a general revenue measure. Due to their narrow base, they are not a sustainable source of revenue for general spending priorities.

By seeking substantial revenue increases, Maryland lawmakers are at odds with the governor, who has opposed tax hikes. Lawmakers face significant costs as they balance the trade-offs between their desire to raise new revenue for education and other spending priorities and their need to protect Maryland’s already limited tax competitiveness and hurting business community.