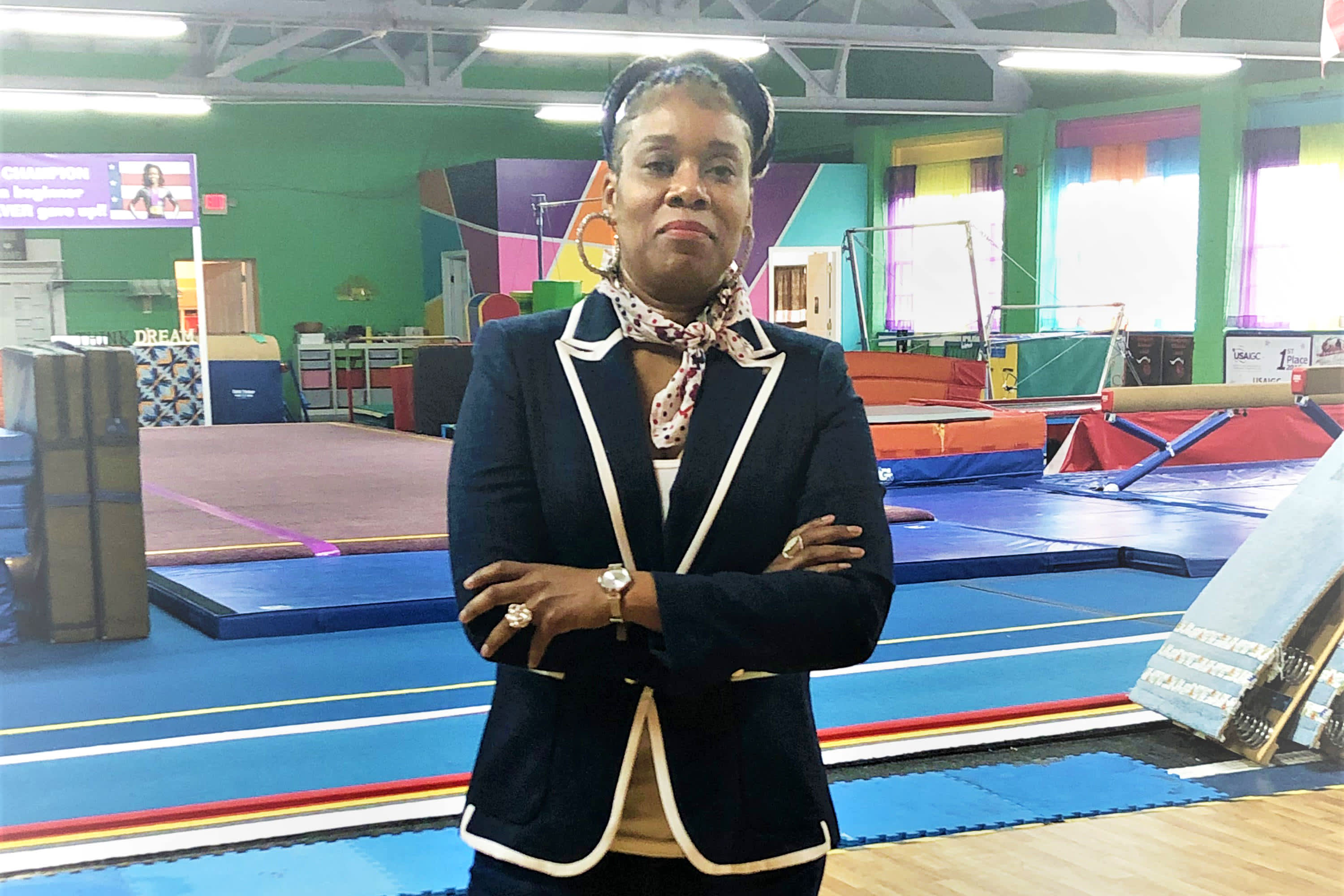 Coach Iya Karade had to shut her gymnastics studio, Athletic Arts Academy, when the pandemic hit. Now open, she is operating at about 25% capacity.

When the pandemic first slammed the country last March, Iya Karade was one of countless small-business owners who had to shut their doors.

Her Orange, New Jersey-based gymnastics studio, Athletic Arts Academy, didn’t reopen until July — and then, it was only at 25% capacity.

“The word pivot became synonymous with survival,” said Karade, 54, who started her business in 2014 in the hopes of bringing gymnastics to kids in her urban area.

That meant conducting virtual classes and, once she did reopen, adding skateboarding and roller skating to her offerings.

She is still at 25% capacity since many families are staying home, may be afraid to come or live in multi-generational households — which means they have to be careful of putting older relatives in harm’s way.

Whether she can survive another year under these conditions depends on many variables, such as the flexibility of her landlord.

“It depends on me getting more funding,” Karade said.

Almost a year into the pandemic, many businesses, especially Black-owned ones, are trying to stay afloat.

Additionally, 15% said their business has been temporarily shuttered due to the pandemic and has not reopened yet. In comparison, 8% of White small-business owners reported the same. The survey was conducted Jan. 25-31 using the SurveyMonkey platform and included responses from just over 2,100 small-business owners across the country.

At the same time, confidence and optimism among Black small-business owners is higher than that of any other race. Their Small Business Confidence index is 61, compared to 41 for their White counterparts and 59 for Hispanics.

“As African-Americans, we are extremely resilient,” said Ron Busy, president and CEO of the U.S. Black Chambers. “We have always had to be creative and improvise, especially where capital is concerned.”

That resilience also comes as no surprise to Karade.

“For most of us, this is our opportunity to change things, not just for ourselves but for the generations to come,” she said. “You are going to take the drop in credit.

“You are going to take on the extra debt.”

Glenda West, right, and her wife Juliana, own a small construction company in Seattle.

For 61-year-old Glenda West, who owns a small construction company with her wife in Seattle, the pandemic also brought financial hardships.

While she has stayed open throughout crisis, she was also not operating at full capacity for about a quarter of the year — resulting in about a $200,000 loss in revenue.

Yet there has also been a silver lining in the recent racial awakening that started after the killing of George Floyd by a Minneapolis police officer last May.

More from Invest in You:
This Wall Street veteran is working to bring diversity to corporate America
Here’s what prominent Black Americans want the next generation to know
As small-business owners try to survive the pandemic, experts share this advice

West, who is Black, made the decision 20 years ago to keep her face off of any marketing materials for the company. Instead her wife, Juliana, was the face of the business, called Westmintster.

“She’s Mexican, but looks White,” said West, who participated in a CNBC Invest in You Town Hall last summer.

“I just felt like, let’s have the best shot while coming out of the gate,” she added. “We have a lot of competition.”

These days, the company is getting calls from clients looking to hire a Black-owned business.

“No one has ever said that before,” West said. “I can see that the world is changing.”

SIGN UP: Money 101 is an 8-week learning course to financial freedom, delivered weekly to your inbox.

CHECK OUT: Here’s the credit score you need to buy a home via Grow with Acorns+CNBC.

Disclosure: NBCUniversal and Comcast Ventures are investors in Acorns.