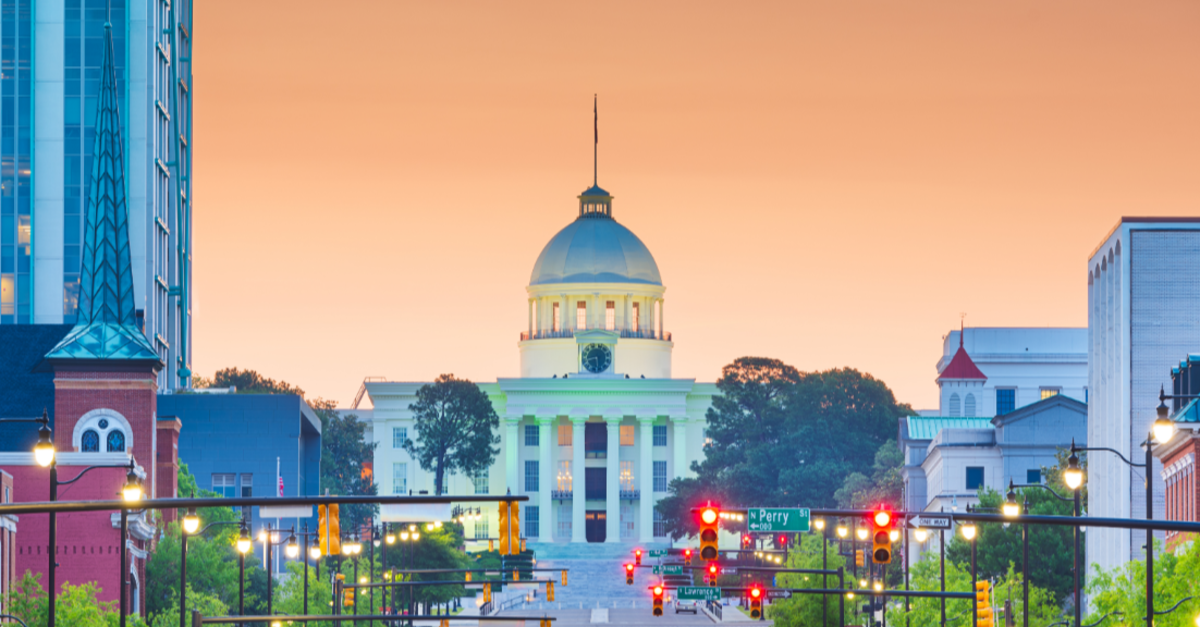 The new law exempts economic impact (“stimulus”) payments from state income tax calculations, as Alabama was one of six states where a portion of these payments could be taxed. It also embraces single sales factor apportionment, repeals the state’s corporate throwback rule, decouples from federal GILTI provisions, creates a SALT cap workaround, and places limits on the net interest deduction.

First, the law addresses the possible effect of coronavirus relief on residents’ taxable income that would occur under the state’s federal deductibility.

Alabama is one of six states which offers a deduction for taxes paid to the federal government. Although it is intended to give taxpayers a break, federal deductibility essentially turns a state income tax code into a mirror image of the federal code. What is favored on the federal side is penalized in the state, and vice versa. In times where the federal government is offering tax relief, this can lead to some complications on the state side, especially in regard to the coronavirus relief checks.

If someone received less of the credit than they were owed (if they had a higher income in 2019 than in 2020), they can list that amount as a refundable credit on their 2020 federal tax return. That decrease in federal tax liability would have increased their 2020 Alabama tax liability. House Bill 170 takes this particular federal credit out of the state liability calculation. This is good policy, but it also raises the question of whether federal deductibility is an effective relief solution in general.

The new law deals with corporate income taxes as well. Each state determines for itself how to allocate business profits for taxation, a process known as apportionment. Alabama has traditionally taken into account a business’s property, payroll, and sales, with sales counting for 50 percent of the apportionment formula, an approach called double weighted sales factor apportionment. This bill would make in-state sales the only factor in corporate apportionment (single sales factor), an approach currently embraced by 29 other states.

Regardless of a state’s chosen apportionment formula, it can only tax a company that has sufficient economic nexus, which can generally include economic nexus without physical presence. However, under federal law (P.L. 86-272), a company which only sells tangible property into a state does not have nexus there if its sole activity there is solicitation of sales (no office, no non-sales activity). A company selling into a state where it does not have nexus results in what is known as “nowhere income”—income that cannot legally be taxed by the state where the income-producing sale occurs.

Alabama has a throwback rule, which means sales of tangible property which are not taxable in the destination state are “thrown back” into the state where the sale originated, even though the income was not earned there. Such tax rules tend to be aggressive and uncompetitive, as they can yield incredibly high effective rates of taxation that often drives businesses to restructure. The economic literature suggests that throwback rules are the extremely rare case of a tax that may lose, rather than raise, revenue over time. Alabama does well to repeal its throwback rule.

The state also retroactively excludes from taxation Global Intangible Low-Tax Income (GILTI), which was included by default following the Tax Cuts and Jobs Act (TCJA). Excluding GILTI is an important move, as such income is beyond the traditional scope of state taxation and discourages multinational businesses from working in the state.

The TCJA capped the deduction for state and local taxes (SALT) paid at $10,000. While this action has drawn ire from a number of high-tax states, the cap almost exclusively impacts the top 20 percent of income earners. In this act, Alabama has created a workaround, where pass-through businesses may choose to be taxed at the entity level at the highest marginal individual income tax rate of 5 percent, which then provides an offset against owners’ individual income tax liability.

IRC Section 163(j) limits the amount of interest from loans that a business can deduct from its taxable income. While Alabama does not completely decouple from the federal provision, House Bill 170 dictates that, in years when a consolidated group would be subject to the federal limitation, each member of the group must determine their interest expense deduction separately, still subject to section 163(j).

This new law, therefore, makes a number of important improvements in Alabama’s tax code. Repealing the state’s throwback rule and excluding GILTI from taxation are both significant changes that will benefit the state’s competitiveness, and the exemption of relief payments is an important clarification that will benefit those struggling in the midst of the coronavirus crisis.

But there is still room to improve. The state has solved the specific problem of rebate check taxability, but the source of the issue still exists in the form of federal deductibility. And Alabama could go further in addressing interest deductibility. Still, HB 170 takes great strides to improve the state’s tax competitiveness.