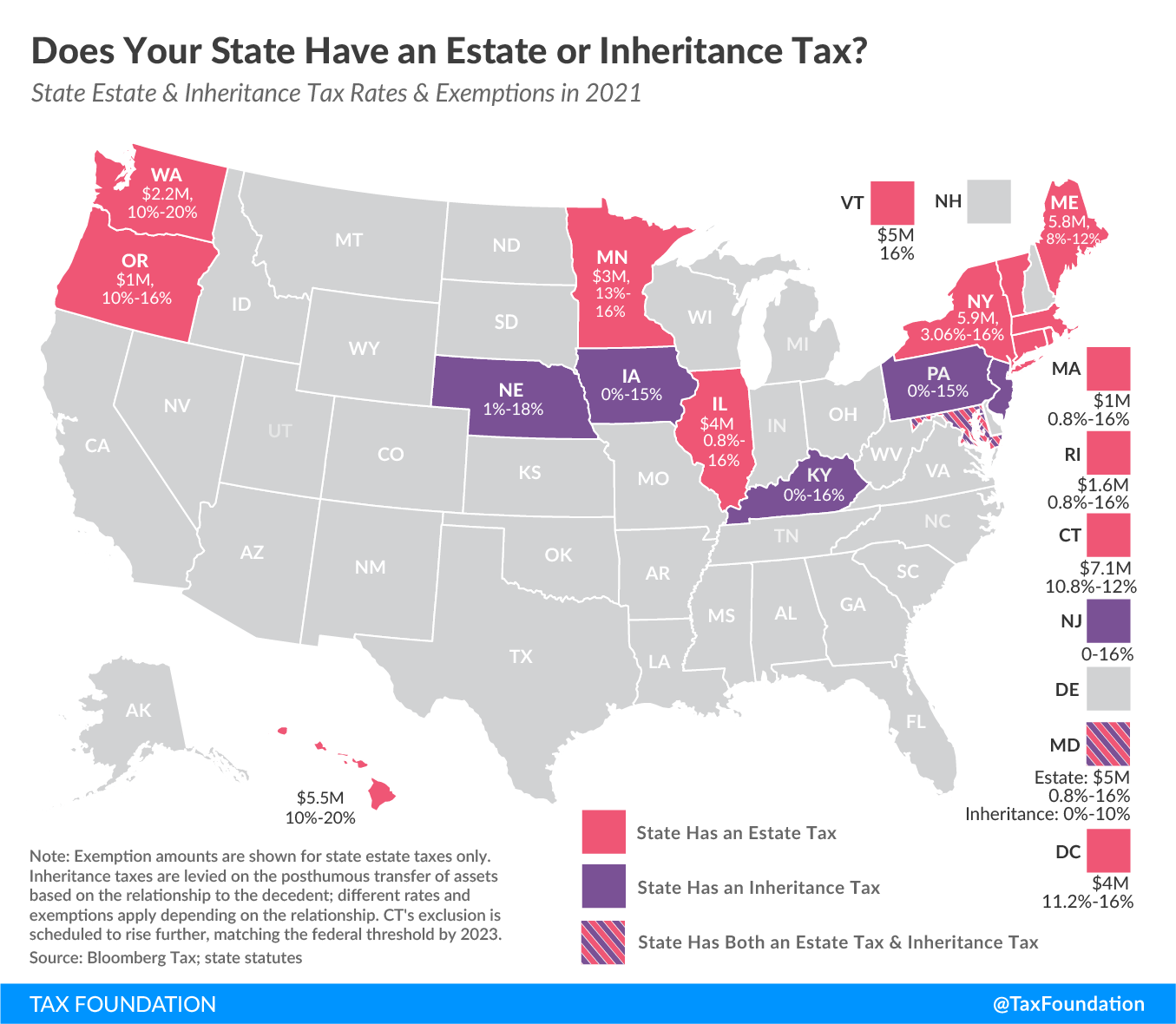 In addition to the federal estate tax, with a top rate of 40 percent, some states levy an additional estate or inheritance tax. Twelve states and the District of Columbia impose estate taxes and six impose inheritance taxes. Maryland is the only state to impose both.

Connecticut continues to phase in an increase to its estate exemption, planning to match the federal exemption by 2023. However, as the exemption increases, the minimum tax rate also increases. In 2020, rates started at 10 percent, while the lowest rate in 2021 is 10.8 percent. Connecticut’s estate tax will have a flat rate of 12 percent by 2023.

Vermont also continued phasing in an estate exemption increase, raising the exemption to $5 million on January 1, compared to $4.5 million in 2020.

The District of Columbia moved in the opposite direction, lowering its estate tax exemption from $5.8 million to $4 million in 2021, but simultaneously dropping its bottom rate from 12 to 11.2 percent.

In the Tax Cuts and Jobs Act of 2017, the federal government raised the estate tax exclusion from $5.49 million to $11.2 million per person, though this provision expires December 31, 2025.

Estate and inheritance taxes are burdensome. They disincentivize business investment and can drive high-net-worth individuals out-of-state. They also yield estate planning and tax avoidance strategies that are inefficient, not only for affected taxpayers, but for the economy at large. The handful of states that still impose them should consider eliminating them or at least conforming to federal exemption levels.