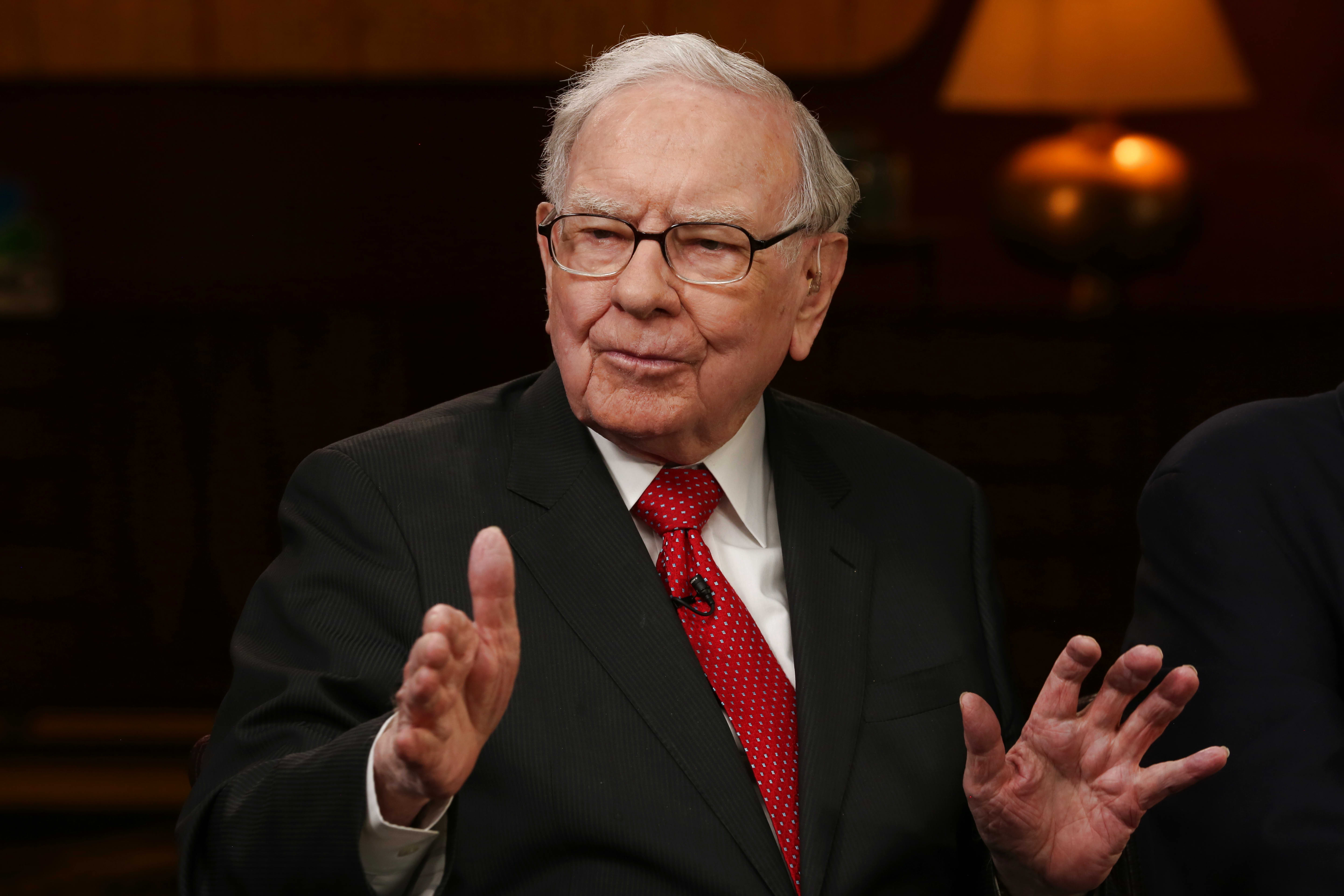 Warren Buffett, the 90-year-old “Oracle of Omaha,” remains a firm believer in the American dream, saying in his closely watched annual shareholder letter to “never bet against America.”

“In its brief 232 years of existence … there has been no incubator for unleashing human potential like America,” the chairman and CEO of Berkshire Hathaway wrote in the letter released Saturday. “Despite some severe interruptions, our country’s economic progress has been breathtaking. Our unwavering conclusion: Never bet against America.”

Buffett shared a fact in the letter to illustrate Berkshire’s American credentials. He said the conglomerate owns the biggest amount of U.S. assets (property, plant and equipment) by value than any other company in the country.

“Berkshire’s depreciated cost of these domestic ‘fixed assets’ is $154 billion. Next in line on this list is AT&T, with property, plant and equipment of $127 billion,” he wrote.

The billionaire highlighted Berkshire’s two wholly owned American businesses — BNSF Railway and Berkshire Hathaway Energy (BHE) — which earned $8.3 billion in 2020 despite a plunge in demand amid the Covid-19 pandemic.

“Your railroad carries about 15% of all non-local ton-miles (a ton of freight moved one mile) of goods that move in the United States, whether by rail, truck, pipeline, barge or aircraft,” Buffett said. “The history of American railroads is fascinating. After 150 years or so of frenzied construction, skullduggery, overbuilding, bankruptcies, reorganizations and mergers, the railroad industry finally emerged a few decades ago as mature and rationalized.”

Buffett believes BHE will be a leader in delivering clean energy in the future. BHE began a $18 billion endeavor to rework and expand a substantial portion of the outdated grid that now transmits electricity throughout the West, Buffett noted.

“Unlike railroads, our country’s electric utilities need a massive makeover in which the ultimate costs will be staggering,” Buffett said in the letter. “The effort will absorb all of BHE’s earnings for decades to come. We welcome the challenge and believe the added investment will be appropriately rewarded.”

Buffett reminded investors that miracles do occur in middle America despite much of the attention on coastal areas. After all, the legend started his conglomerate in Omaha, Nebraska and its home office remains based in the Cornhusker State.

“Success stories abound throughout America,” the legendary investors said. “Since our country’s birth, individuals with an idea, ambition and often just a pittance of capital have succeeded beyond their dreams by creating something new or by improving the customer’s experience with something old.”

Not a fan of bonds

On the topic of investing, the celebrated investor said ultra-low interest rates around the world diminished the appeal of the bond market.

“Bonds are not the place to be these days,” Buffett said. “Fixed-income investors worldwide – whether pension funds, insurance companies or retirees – face a bleak future.”

Buffett noted that the benchmark 10-year Treasury yield had fallen 94% to 0.93% at the end of 2020 from 15.8% in September 1981. Meanwhile, investors earn a negative return on trillions of dollars of sovereign debt in Germany and Japan, he added.

The “Oracle of Omaha” also made a surprise announcement on its upcoming annual shareholder meeting, which will take place in Los Angeles on May 1. It marked the first time that the meeting occurs outside of Omaha. Vice Chairman Charlie Munger, who resides in Los Angeles, missed 2020’s annual meeting due to travel restrictions in the pandemic.

Berkshire bought back another near $9 billion of its own stock in the fourth quarter of 2020, bringing the firm’s total repurchases to $24.7 billion last year — a record year for buybacks.

Buffett has started some bargain-hunting amid the market comeback. He recently took a sizeable position in Chevron, a classic value play, while also adding Verizon as well as a handful of drug stocks. Apple still ranks as the conglomerate’s biggest common stock investment, which played an important role offsetting the pandemic damage done to Berkshire’s railroad and insurance business in 2020.

The conglomerate is still sitting on a huge cash war chest with more than $145 billion at the end of the third quarter. Berkshire put a small portion of the cash pile to work in July with its purchase of Dominion Energy‘s natural gas transmission and storage assets.

Subscribe to CNBC PRO for exclusive insights and analysis, and live business day programming from around the world.