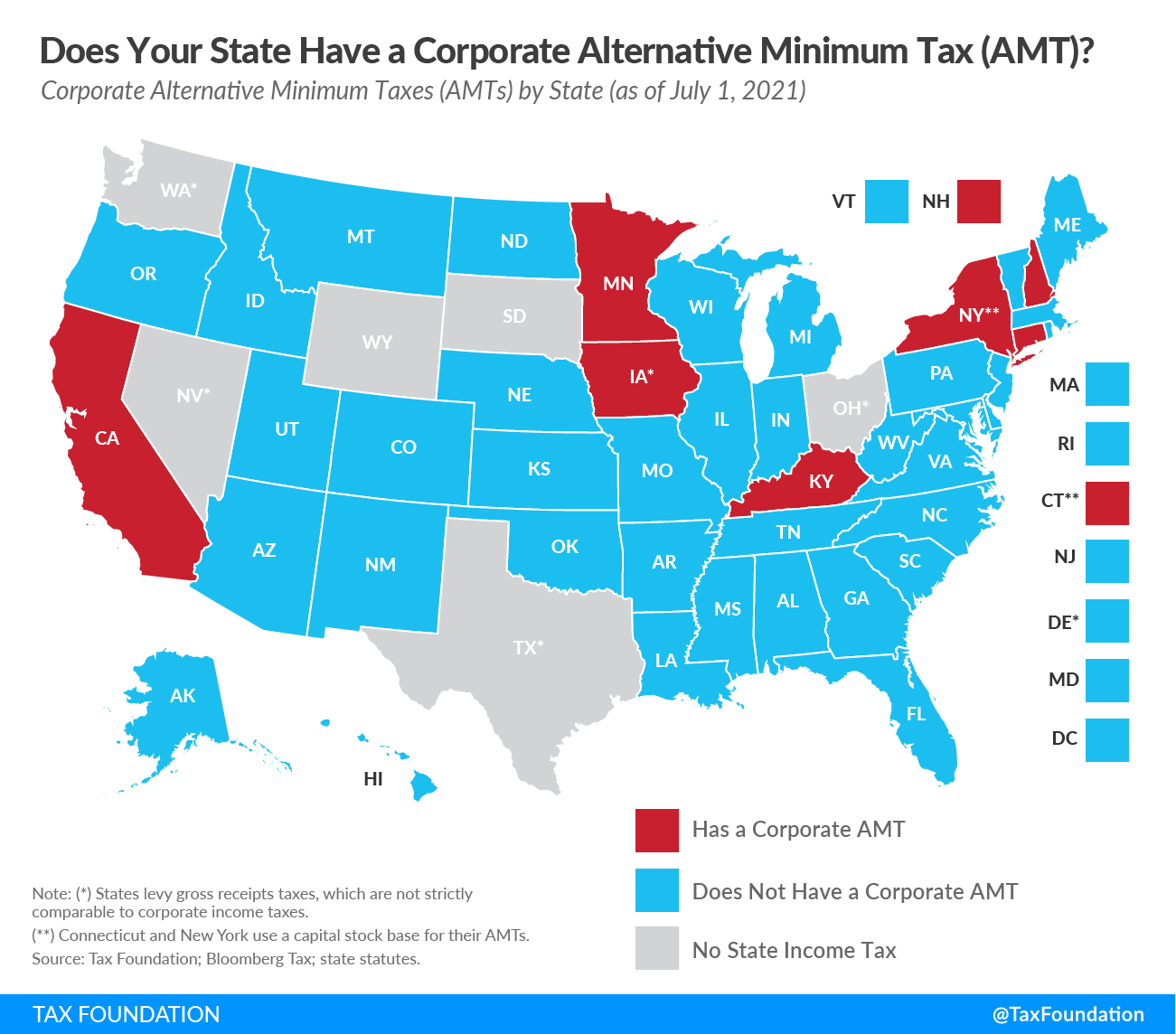 This week’s map showcases states which levy alternative minimum taxes (AMTs) to prevent corporations from reducing their corporate income tax liability beyond a certain level. Under an AMT, corporations are required to calculate their income tax liability under two systems and pay the higher amount. This requirement under the federal AMT imposed steep compliance costs on businesses, which in some cases proved larger than collections.

Historically, Alaska determined state corporate AMT liability by collecting an amount equal to 18 percent of each business’s federal AMT liability. Without a federal corporate AMT, however, the state cannot “piggyback” on the federal provision, meaning no state corporate AMT can be collected. Similarly, Florida conformed to the post-TCJA Internal Revenue Code (IRC) in March 2018, and since only those companies that pay the federal AMT are liable for the Florida AMT, the state AMT is no longer collected. Finally, Maine repealed its corporate AMT in September 2018 as part of an IRC conformity bill, and Iowa, in a comprehensive tax reform package adopted in May 2018, repealed its corporate AMT as of January 1, 2021.

California, Kentucky, Minnesota, and New Hampshire have corporate AMTs that do not conform to the federal provision and continue to collect them. Connecticut and New York are unique in that their capital stock taxes function as AMTs, with firms remitting corporate tax on the greater of their liability under a net income or capital stock base. (New York’s corporate tax actually has three bases.)

The corporate AMT is an inefficient means of ensuring taxpayers pay a minimum level of taxes each year, a factor which contributed to its repeal in several states and on the federal level. It requires calculating tax liability under two systems and undermines structural elements of the tax code, like net operating loss provisions and deductions for business expenses. States that have not yet repealed their AMTs ought to consider whether the relatively small amount of additional revenue they gain from corporate AMTs is worth the added complexity of maintaining two parallel tax systems, and whether one streamlined corporate tax code with fewer deductions is a more efficient means of meeting annual revenue targets.